According to crikey.com.au of 27 April 2009, "The real boat people story is that the Navy tried to turn the boat around using prescribed tactical manoeuvres. The illegals then doused the deck of their vessel with fuel and proceeded to ignite the deck of the vessel so that the Navy would be forced to evacuate them giving them safe haven. Navy continued to observe, there was an explosion ... the rest is known."
Crikey -Tips and rumours. 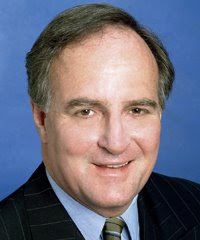 The Minster for Home Affairs, the Hon. Bob Debus

I do know that "Bob Devious" said on Lateline last week that the Admiral in charge of the Border Protection service told him that the boat people had been told they were to be towed to Christmas Island - because that is what the protocol said the Navy was to do.
Earlier the same evening I saw a Navy officer on the news say that they had not told the refugees anything about where they were being towed.
Previous practice (under the Howard Government) was indeed to tow refugee boats back into Indonesian waters. It is hardly surprising they might have scuttled their boat, rather than allow that to happen.
Here is how Tony Jones put this to "Bob Devious".
(ABC Lateline Transcript extract- 20. April 2009).
Source: http://www.abc.net.au/lateline/content/2008/s2547971.htm

BOB DEBUS: Well, the first conclusion I draw from that particular situation is that it is indeed important that we discover the precise detail of what went on by way of the police inquiry, the coronial inquiry that's going on ...

TONY JONES: But you don't need a police inquiry to work that out.

BOB DEBUS: Just one moment. We do know that Admiral Du Toit was relying on what our standard operating procedures and it is my belief, subject only to what might come out in the inquiry - it is my belief that he was acting on the essential assumption that these people had been told that they would be processed in an Australian territory. Now, that's what matters more than the exact place at which they were to be processed.

TONY JONES: But the fundamental problem here is if the Commander of the Albany says they were not told where they were going, that would've created tremendous anxiety on board the vessel.

BOB DEBUS: Admiral Du Toit made his remark after a few hours - after the incident had actually taken place. He did it in consequence of communication that was flying back and forth between the control centre in Darwin and two boats in a very remote part of the Arafura Sea. It is not at all surprising that there can be some variation in the precise detail of what is understood to have happened in a situation like that.

TONY JONES: That's a fundamental difference, though, isn't it? They were either told or they were not told.

BOB DEBUS: And that is exactly - it is exactly the reason why we need the kind of detailed inquiry we're talking about. However, both what the Admiral said and what the boat's captain said are consistent, I believe, with the proposition that the people were told that they were going to be processed on the mainland.

TONY JONES: How can that be true?

BOB DEBUS: Either way - either way, I personally cannot answer the question about which of those people was right - although Admiral Du Toit has told me that he would, indeed, always concede to the man on the spot.

TONY JONES: But isn't that abrogating your own responsibility as Minister? Because if it were the case that they were ...

TONY JONES: If it were the case that they were not told, and they should've been told, that is a fundamental breach.

BOB DEBUS: Well, we must wait until we have a clear account of what was happened.
TONY JONES: Let's go back to what you've actually learnt from the fatal incident, because more boats, as we said, are probably on their way or could be very soon. Have you learnt, for example, that there's an urgent need for the Navy to have access to skilled interpreters to deal with any misunderstandings with people on board these kind of vessels?

BOB DEBUS: It's certainly the case that we need to have the capacity to speak to people on the boats. It may be that we have to increase the number of interpreters. But I am also told, and I believe this is confirmed by everyone who has mentioned these particular facts, that there were people on the boat who could speak English, and it has been generally said that there was good communication between the patrol boats and the asylum seekers for some hours before the terrible events occurred.

TONY JONES: And yet, if - once again, going back to the original point: if the Commander of the Albany says they were not told where they were going, it wouldn't matter if the person spoke English or otherwise on the boat, because they weren't getting the correct information.

BOB DEBUS: Well, here we have a incident in a remote part of the sea involving what was in the end a moment of terrible confusion. It is impossible for the person in my position - the person in the public - to know for sure what all the details of those events were until there is a systematic forensic reconstruction of them.

That interview was a disgraceful performance of attempted padding, filibustering and deviousness, by Minister Debus.
Posted by Denis Wilson at 04:13:00 No comments:

Email ThisBlogThis!Share to TwitterShare to FacebookShare to Pinterest
Labels: ABC. Lateline, Debus, Refugees, Tony_Jones
Newer Posts Older Posts Home
Subscribe to: Posts (Atom)
REMEMBER: "IT IS BY BEING QUIET AND POLITE CITIZENS WE ALLOW OURSELVES TO BE IGNORED"