The ALP clean-out needs to start today - but it probably will not.

Already the Media is pointing out that John Robertson IS part of the PROBLEM, not part of the SOLUTION. I agree.

What about this comment, from Crikey today?
As I have said before, the ALP needs to resurrect Ben Chifley. Trouble is the poor old Labor Train Driver now lies buried in an Alien Territory (Bathurst). The Boys from Sussex Street would need to apply for a Visa to get there.

And their applications would be rejected - stamped "Suspected Terrorist".

Today's  Crikey says: "Bitar's reign of mayhem comes to an end too late for NSW and Fed Labor"
Ain't that the truth.

Today's SMH reports this: ''I am extremely optimistic about the Party's future and absolutely confident that the Government under Prime Minister Gillard will go from strength to strength in the coming months and be in a strong position for a decisive win at the next election,'' he said in a statement today." Read more here:


Now all we have to do is get rid of Mark Arbib. 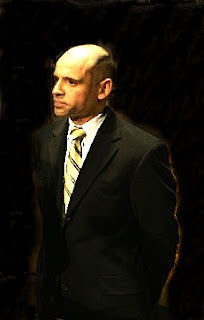 For that we will probably need the permission of his "controllers" over at Moonah Place, Yarralumla, ACT 2600. But history shows once he has outlived his usefulness, as a "protected source" he will be discarded.

Well, not all, but that's be a great start to bringing the Labor Party back to its true beliefs and principles and values.

"I try to think of the Labour movement, not as putting an extra sixpence into somebody's pocket, or making somebody Prime Minister or Premier, but as a movement bringing something better to the people, better standards of living, greater happiness to the mass of the people. We have a great objective - the light on the hill - which we aim to reach by working for the betterment of mankind not only here but anywhere we may give a helping hand". Source: Chifley Research Centre


Well, that is unless we can dig up Ben Chifley - from his grave in Bathurst? That's my favourite quote from Ben Chifley.
Posted by Denis Wilson at 22:52:00 3 comments:

God. Just when you thought it was safe to go out into public affairs in NSW - it is no longer.


Pauline Hansen is trying to come back.


Read the SMH article here
The ABC has run the story, but they made a fundamental mistake, saying she is running for the Upper House (which is correct), and say: "She is standing for the locality of Corlette on the state's north coast, and is running in the March 26 poll as part of a group of 16 independents." The NSW Upper House is based on State-wide voting, not with "Wards" or Zones or regions.


Ms Hansen is living in Corlette, but she cannot be "standing for the locality of Corlette". The ABC Radio News (Midnight News 8 March (9 March from 0001 hours) just carried the same wrong statement (read exactly from the same script). How stupid are they? I hope Media Watch tears them to shreds for that basic error.
Anyway, lets hope Pauline is rejected by the public, as she has been before.


But in view of the loose talk about the Tea Party on Q and A on Monday night, perhaps she will feed on that sentiment.

Email ThisBlogThis!Share to TwitterShare to FacebookShare to Pinterest
Labels: NSW_Upper_House, Pauline_Hanson
Newer Posts Older Posts Home
Subscribe to: Posts (Atom)
REMEMBER: "IT IS BY BEING QUIET AND POLITE CITIZENS WE ALLOW OURSELVES TO BE IGNORED"