OK, the header is a little tongue in cheek.
But I welcome the announcement of someone other than Jon Dee as Australian of the Year.
"It is Professor Patrick McGorry, a leading international researcher, clinician and advocate for the youth mental health reform agenda. 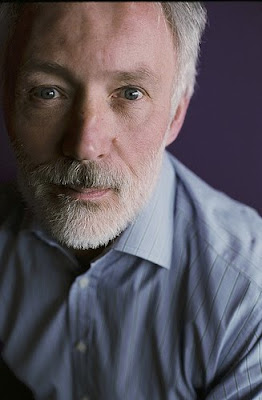 He is Executive Director of Orygen Youth Health (OYH), a world-renowned mental health organisation for young people that has put Australia at the forefront of innovation in the prevention and treatment of mental illness."
Source: Australian of the Year Awards
Posted by Denis Wilson at 23:55:00 No comments:

Lets not make A Day into Dee Day

The Australia Day Council has already made some bad decisions (their posters, their Chinese made flags and other apparel).

Lets hope they do not compound it by naming Jon Dee as 2010 Australian of the Year. He has been nominated by the NSW Sub-Committee. 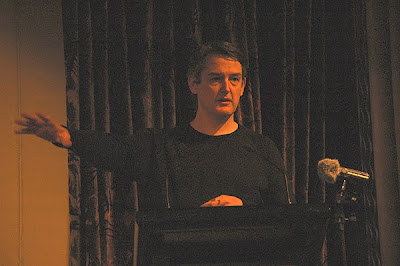 Based upon the insignificant outcomes of the "Bundy on Tap" campaign, and his failure to cooperate with other environmental groups in his various "high profile" but low outcome campaigns, I fear his nomination (if it should occur), could be a retrograde step for Australia Day. 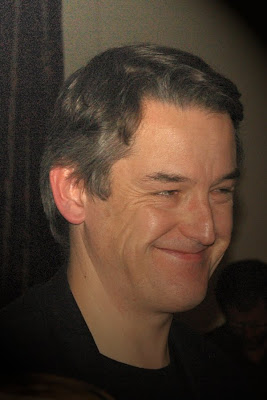 Lets not make Australia Day into Dee Day.
Posted by Denis Wilson at 11:24:00 No comments:

My friend Dion has sparked a controversy by writing to the Australia Day Council Secretariat to object to the Stalinist-style imagery used in their advertisement for this coming Australia Day. 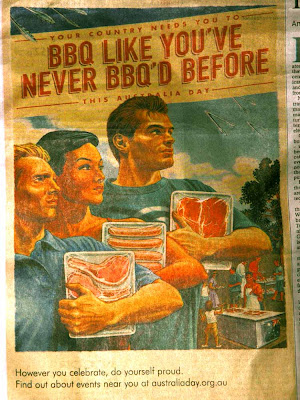 What do you think?

Tam Johnston, National Program Director, National Australia Day Council briefly considered Dion's comments, but did not agree with him. I think she did not understand the reference to the tradition of Stalinist Poster Art.

Have a look at these three sample images: 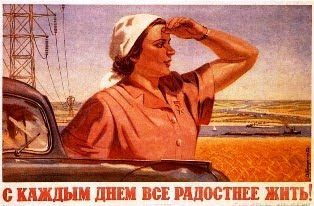 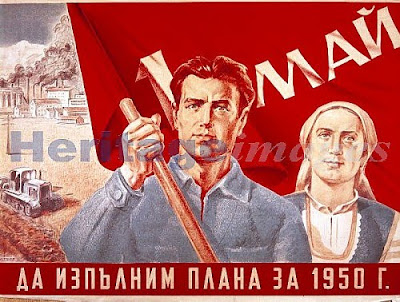 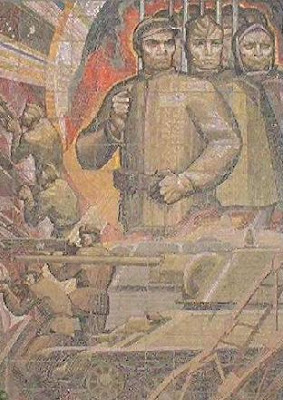 The use in the Australia Day advertisement of the iconic symbols:
are derivative of (or alternatively a tribute to) Soviet Poster Art of the Stalinist era.

That was the point which Dion originally alluded to in his original email - although he did not spell it out.
Clearly he did not think it necessary.
The reference to "Stalinist" style in his email ought have been enough. Sadly that was not the case, apparently.

Ms Johnston replied that the Australia Day advertising: "is designed to be a somewhat whimsical reference to Australia’s own World War II advertising."
In my opinion, that reply is is simplistic and ill-informed.

Australian WW2 posters were not at all in that style.
I am sure that if the Australia Day Secretariat had bothered to consult the Art experts at the Australian War Memorial they would confirm this impression.

Here are some examples of real Australian World War Two advertisements, courtesy of the National Archives of Australia.
"Ringed with Menace" 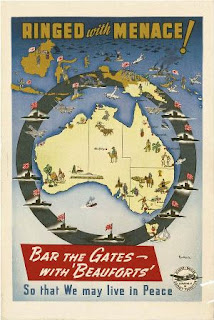 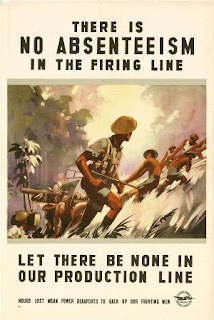 And this aggressive advertisement
"He's on the Job"
An Aussie "Digger" chasing a diminutive enemy figure in a "Top Hat". 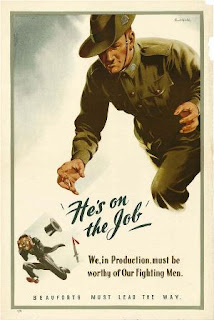 These are real advertisements from Australia's WW11 period. Not whatever fantasy images the Australia Day Secretariat, or its artist, imagines were used. Ultra-realism, not stylised symbolic images looking to the "future".

I was sufficiently annoyed by the apparent ignorance of the Australia Day Secretariat staff, that I have tonight written back to Ms Johnston pointing out that the symbolism of the imagery in their advertisement is completely off the mark.

Furthermore, as Dion pointed out in his original email comments to the Australia Day Council, the use of meat, including pork chops in the advertisement is divisive, within the modern Australian Community.
Ms Johnston did not address those points in her facile reply.

So tonight, with regard to the Australia Day advertising, I have asked her specifically, what about vegetarians and Vegans?
What about observers of Islamic and Judaic dietary codes?
Surely these advertisements are non-inclusive, if not downright divisive.

I have suggested that the Australia Day Council withdraw this advertisement.

The following is the text of a letter I sent on 6 January 2010 to Premier Keneally regarding the need to abandon the Tillegra Dam proposal.
Denis Wilson

I wish to encourage you to take the opportunity to distance yourself from the murky past of the Labor Party in NSW, particularly in the Hunter Valley.
I refer of course to the well known fact that the announcement of the Tillegra Dam, on the Williams River - a major tributary of the Hunter River, was announced as a distraction from the sordid troubles of the former NSW Minister Milton Orkopolous. Nathan Rees, Water Minister at the time, had been his senior staff member, after all. The announcement had the stench of a "political fix" from the word go.

If you wish to show your integrity, please stand up and make us all proud of you.

Distance yourself from the scandals of the past.

Abandon the nonsense of the proposed Tillegra Dam.

You are the Premier.

Surely you need to be satisfied that the Dam is warranted - both economically and environmentally.
It is simply not necessary.

Hunter Water has exaggerated the "case for" the Dam in their carefully commissioned Environment Assessment Report which is fundamentally biased in favour of the dam, and does not give due consideration to the "down side" of the issues. The EAR is not an independent document - it is the result of selective use of statistics and analysis, to tell the case which the commissioning Agency (Hunter Water) wanted to tell the Government.

Enrolled voter in the NSW electorate of Kiama.
Posted by Denis Wilson at 19:48:00 No comments:

When are the attacks on Indians going to be called for what they are?

The Victorian Police object to being called "racists".
I simply ask, when are they going to start acknowledging that attacks on Indians in Melbourne are something other than "random acts of violence"?
That commentary was sparked after the killing of an Indian worker living in Melbourne. He was not robbed - just stabbed. 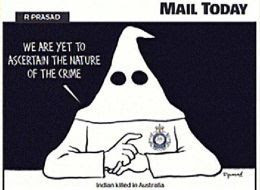 The cartoon appeared in the 5 January
edition of Delhi's "Mail Today".
The diplomatic spin has become a whirlwind.

Read this article in "The Age" by Sam Varghese, a subeditor with "The Age online". He knows of what he speaks - he is an Indian.
And today the ABC news reports that yet again another attack on an Indian has been deemed a "non-racial attack". Are the Victorian Police living in dreamland?

This represents a trend in policing to "politicise" the reporting of crime - by attempting to "de-politicise it". In other words, the statements by the Police have become "spin", lies, and twisted truths. Who are they protecting, by twisting the truth? Themselves, or the Victorian Government?

Whoever they are trying to protect, they are not protecting the Indian residents of Melbourne - at least not adequately.
Posted by Denis Wilson at 14:02:00 1 comment:

Email ThisBlogThis!Share to TwitterShare to FacebookShare to Pinterest
Labels: Indian_attacks, racism, Victorian_Police
Newer Posts Older Posts Home
Subscribe to: Posts (Atom)
REMEMBER: "IT IS BY BEING QUIET AND POLITE CITIZENS WE ALLOW OURSELVES TO BE IGNORED"