Rooster One Day, Feather Duster The Next.

Matt Brown, Member for Kiama has been sacked (or has resigned) as Police Minister, after the leaking of a story about a party he supposedly held in his Parliament House Office on Budget night. In fact, he was apparently sacked for being less than frank with the Premier, when first questioned about the incident. He supposedly denied the details about inappropriate behaviour, but Mr Rees checked with other sources, then fronted Mr Brown again, who then confessed (supposedly). At that point, he was supposedly sacked by Mr Rees for not coming clean in the first place. 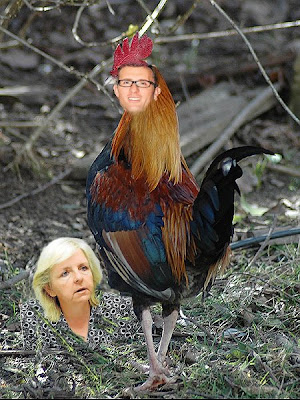 "It appears the leaking of the story was timed to either discredit the Minister who was promoted on Monday to the police portfolio or to destabilise Mr Rees." (Source: Sydney Daily Telegraph website.)

The Age website was more direct - allowing you to join the dots, as it were: 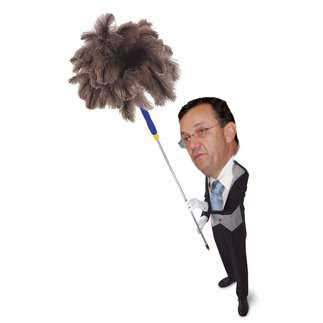 Frank Sartor, a proverbial Feather Duster himself, after being sacked last week, is showing Matt the tricks of the trade.

It never ceases to amaze that public figures who get paid a motza can't behave decently - whether they are professional sports men or politicians. There are DNA tests, Drug tests, Police checks etc. Perhaps we could do with a Dignity Test.

G'day Denis,
You New South Welshies are having a time of it in politics at present, aren't you? Rivaling the Palin issue.
'Tis often said we get the pollies we deserve, but there's many we truly don't deserve. A dignity test - now there's a great idea.
Gouldiae