Wonderful news - Tony Abbott has "replied" to my emailed version of the previous posting. 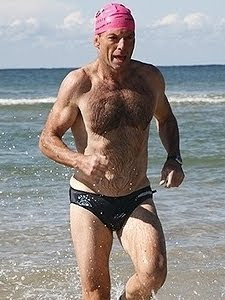 This what "his" reply says:
Thank you for your email to the Leader of the Opposition, the Hon Tony Abbott MP

Thank you for your recent email to the Leader of the Opposition, Tony Abbott.

As you may be aware, the Prime Minister has called a federal election.

Unfortunately, from Opposition, we do not have the resources to respond to your email in detail during the campaign period, but your concerns will be brought to Tony’s attention and that of the Coalition Team.

After three years of Labor Government failures, Australians now have a choice.

Broken promises, increased cost of living pressures, massive debt, a Budget deficit, waste and mismanagement and new taxes are all placing unnecessary pressures on Australians. Further, Labor have removed a Prime Minister quickly and ruthlessly, ignoring the wishes of Australian voters. But it is the same government with the same problems creating the same mess.

I hope you will get behind Tony in the weeks ahead as he seeks to stand up for Australia and take real action to end the waste, repay the debt, stop the taxes and ease the cost of living pressures on families.

Clearly it is an automated reply, developed by a staffer, so that they do not have to actually read what people such as me - VOTERS - are trying to tell Tony Abbott.

Isn't it great that people actually get paid to produce this rubbish?

If Tony loses the Election, and I sincerely hope he does, he ought start out by sacking his staff who do not read his correspondence, do not "sense" that I am not really a supporter (how hard was that to detect?), and who are so stupid as to try to promote the Liberal Party website off the back of my Website?

People who perform so badly do their bosses a total disservice. They have managed to lower my opinion of him. I didn't think it was possible. 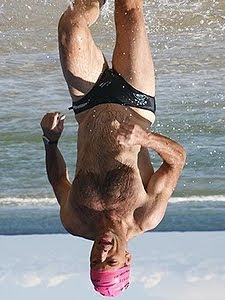 I do really hope (but do not believe) that Mr Abbott's Staff will follow their word, and that my "concerns will be brought to Tony’s attention and that of the Coalition Team".

Presumably they mean, after the election. I should imagine that the Liberal Party leadership team, and the rest of the Coalition Team will have a "think" about my idea that, ages ago, they had backed the wrong horse, and should have gone begging to Malcolm Turnbull.

Imagine the Liberal Party heavies using the hardest of all political sentences to speak: "WE WERE WRONG".